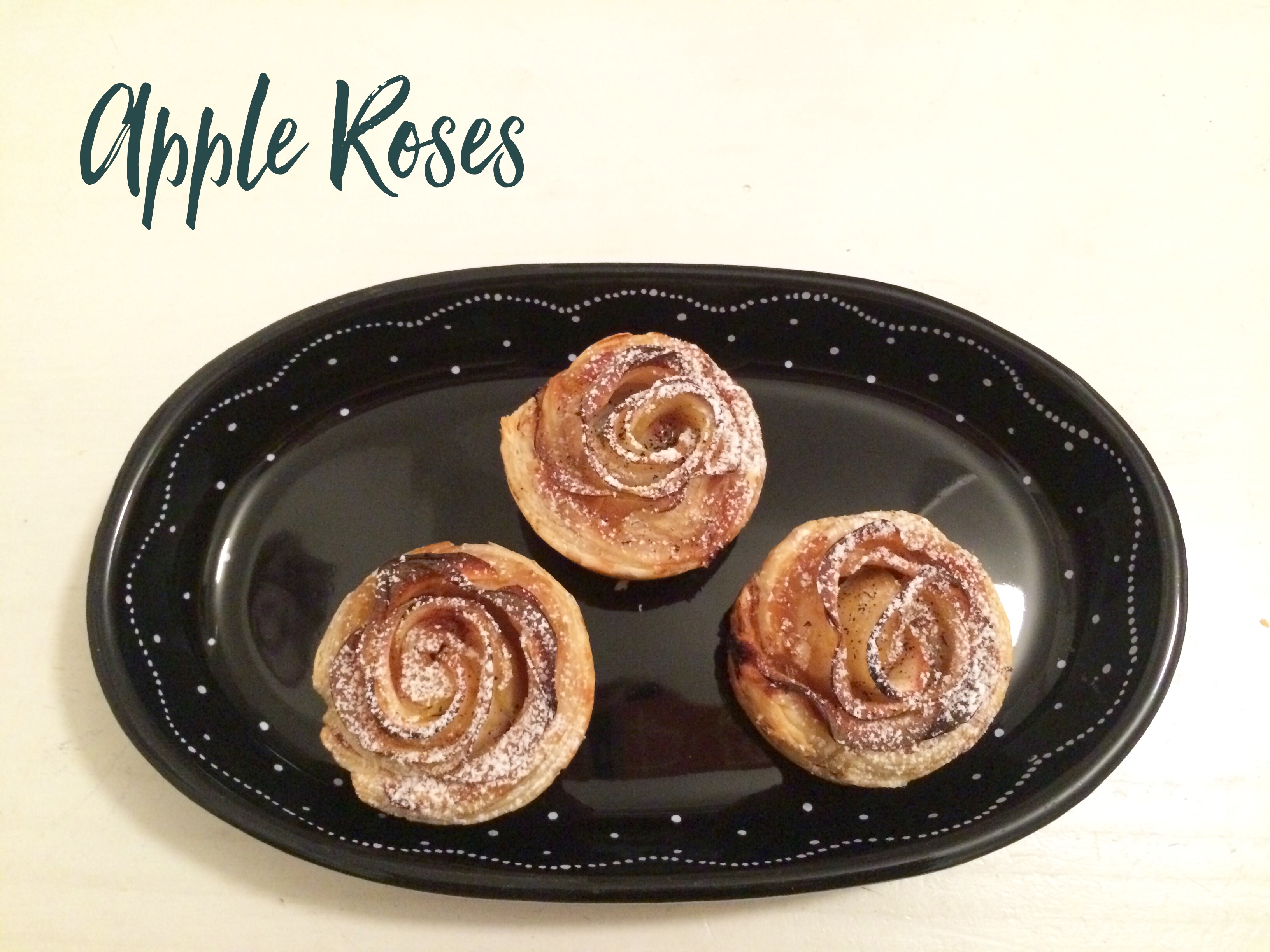 It’s autumn! And I finally, finally have the time and muse again to try out some new treats, freshly from the oven. Those beautiful apple roses were all over social media, and I was longing for the next gloomy Sunday, so I had a good excuse to have a go at them. They came out pretty well. BUT – my never resting mind already created some tweaks to the recipe to make them even more delicious. Here’s how I made them:

I went after this recipe I found and pinned on Pinterest here. 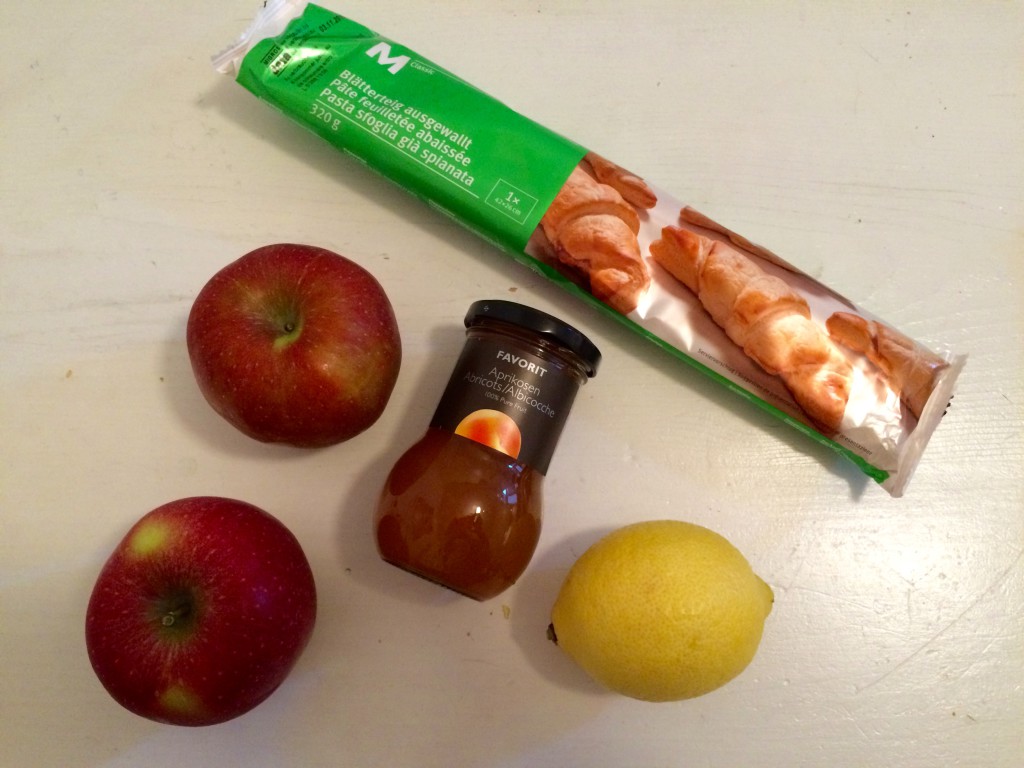 First of all, cut the apples in two and remove their core. Then cut the apple halves in vertical, pretty thin slices. Since I’m a tad impatient, I didn’t cut them by hand, but with the help of a slicer. For me, the unbeaten all time favourite is this model from Börner.

Then I placed the apple slices with the juice of half a lemon and some water in pan and boiled them for about 3 minutes. In the meantime, stretch out the pastry some more and cut in 6 to 7 strips. 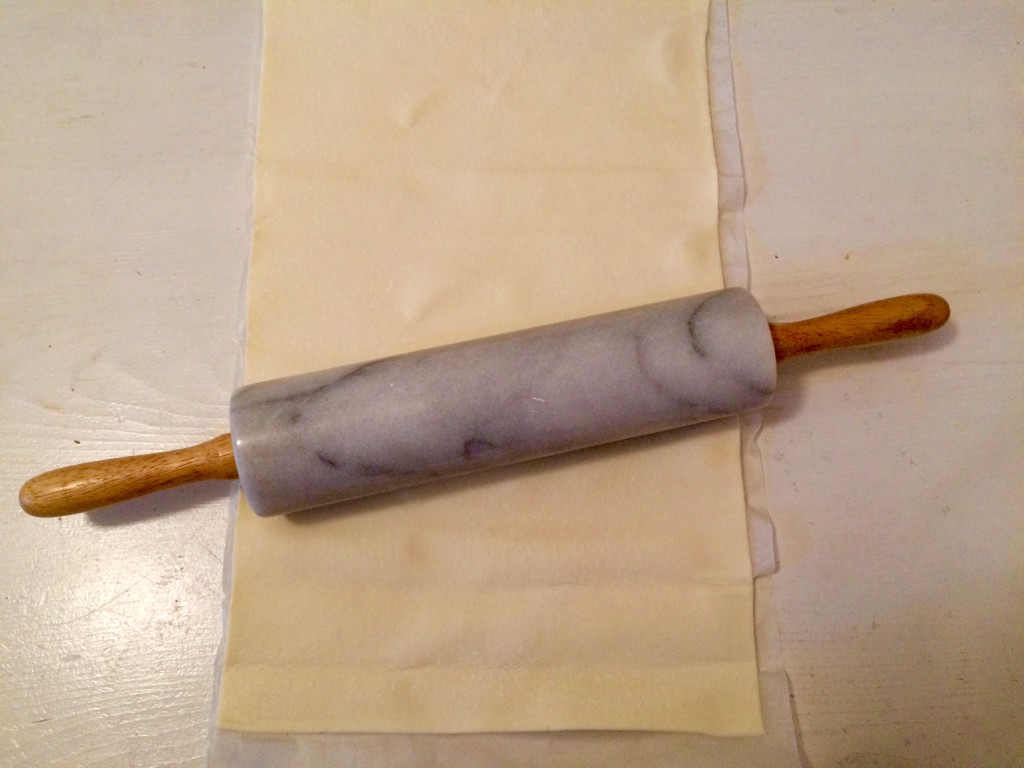 Spread each strip with apricot jam (it’s easier if you mix the apricot jam with a bit of hot water first). 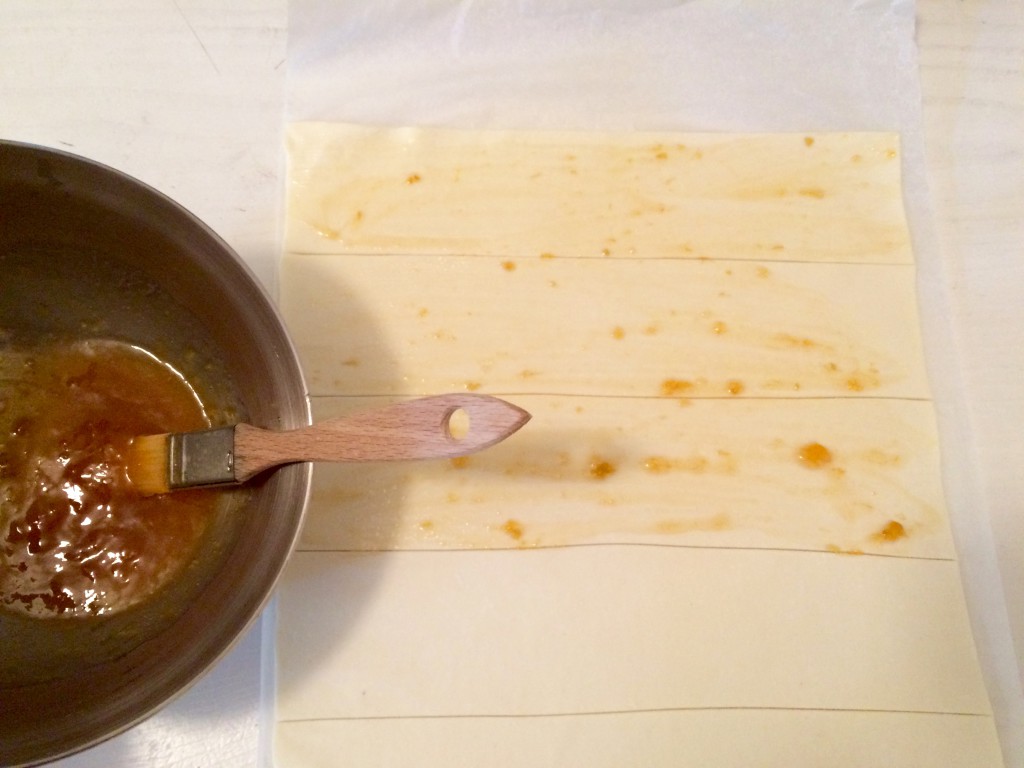 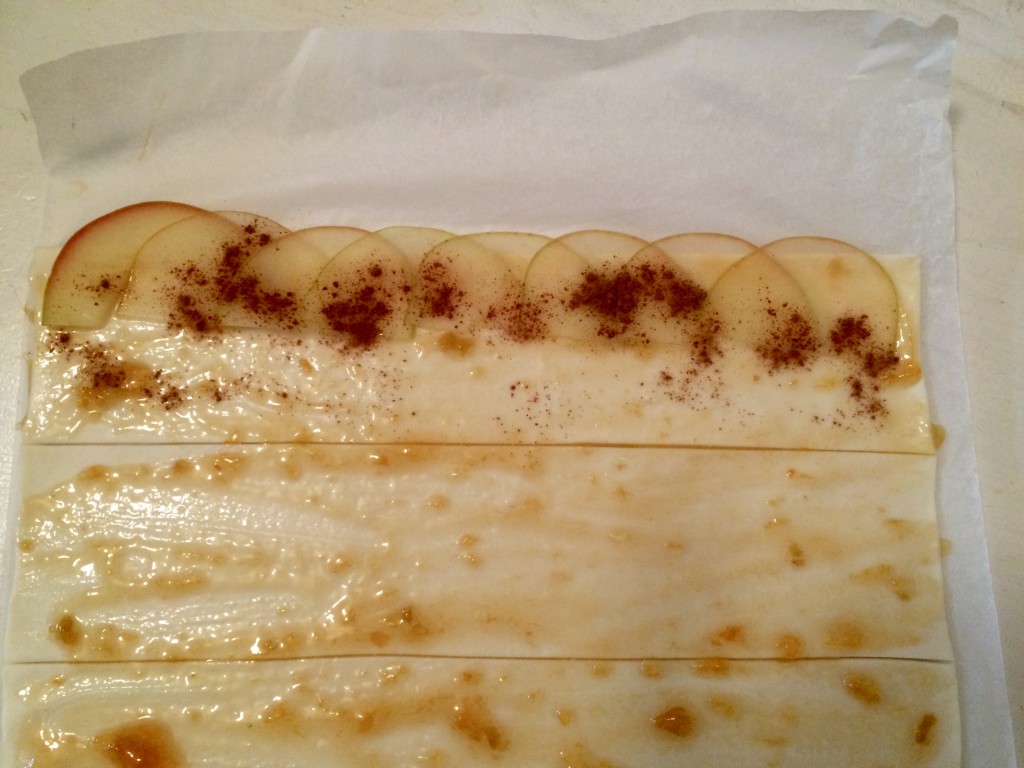 Fold the pastry in half: 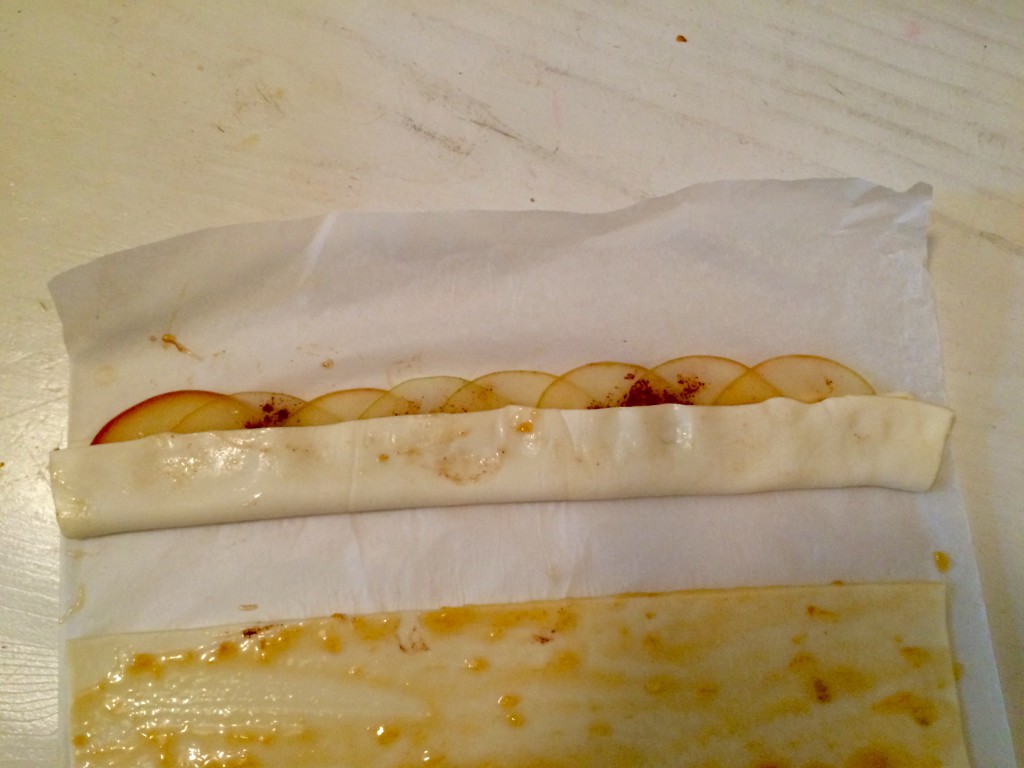 Roll each strip up and place in a cupcake pan: 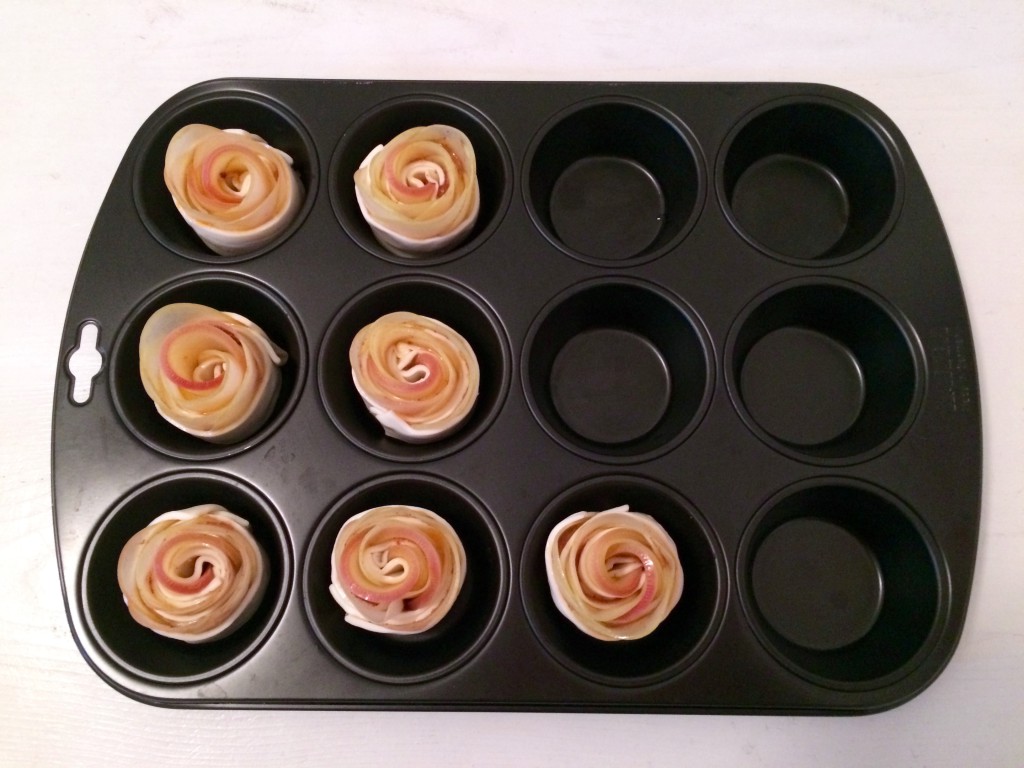 Bake at 200°C for about 1 hour (the recipe says 40-45 minutes, but my roses were still too pale then). After the roses cooled off, I sprinkled them with some vanilla and icing powder. Et voilà: 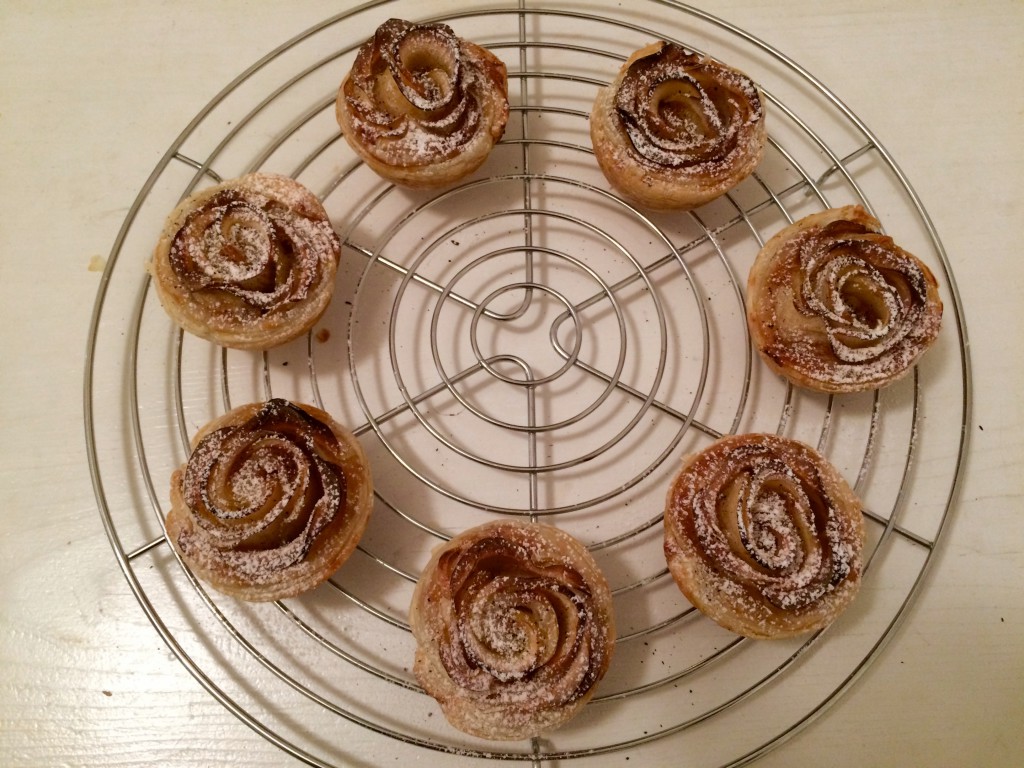 Cute, aren’t they? And so easy to make! 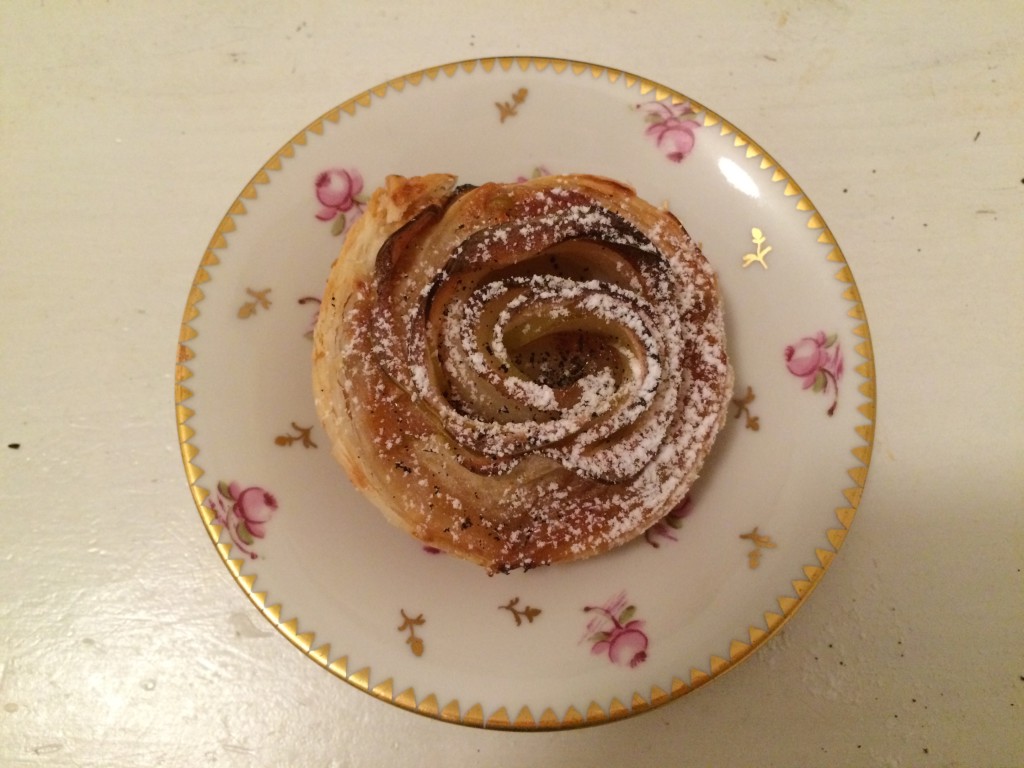 But noooooow, I have to say: I think they look prettier than they taste. A bit too boring and dry, according to my taste. Which is why I refined the recipe slightly. Very easy, but so effective: being from Lucerne and all, I had the idea to use pear pastry filling instead of the apricot jam. For all outsiders: pear pastry (Lozärner Birnenweggen) is a super delicious speciality from my hometown Lucerne. The best one is my dad’s, but if you want to buy one, go for Bachmann’s. Anyhow: because the recipe for the pear pastry filling is seriously complicated stuff from back in the days, I don’t even start to try going there, but opt for the one from Felchlin (the best according to the specialist, my dad) which you from Switzerland can get at Coop. And there we go: not only pretty, but also super delicious and moist apple roses. 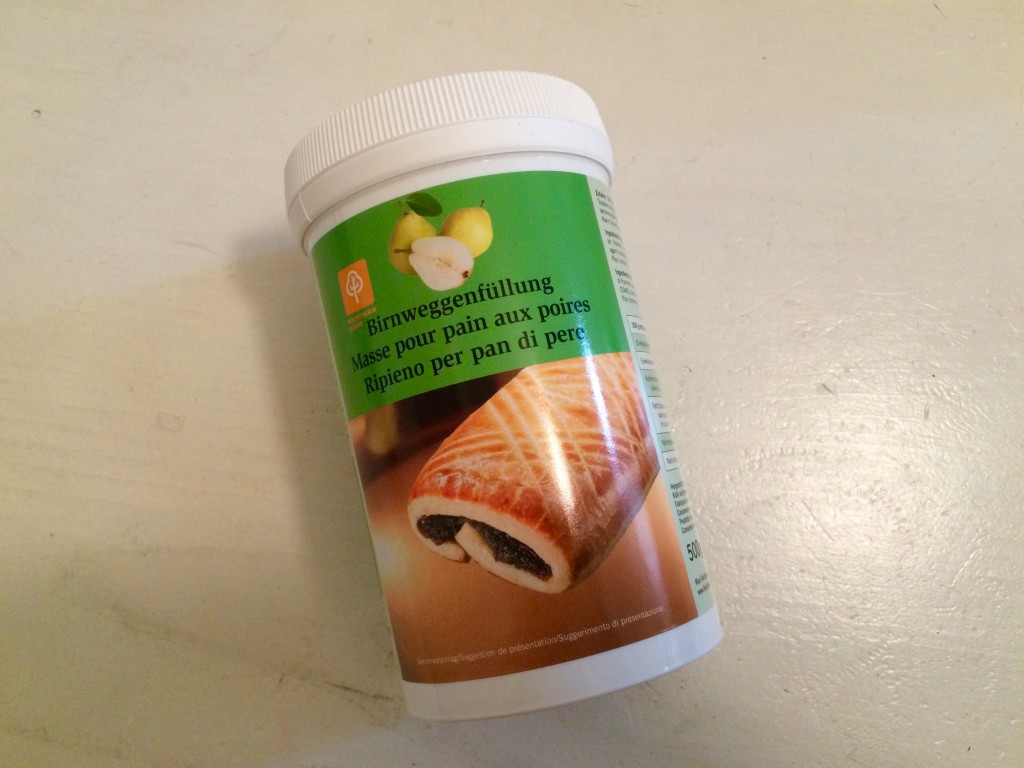